In this episode, Alison and Arwynne discuss the transits, aspects and moon phases for July 27-August 9, 2014. Our 360 topic is Leo, so we discuss the masculine, fixed fire sign and some notable people from history and personal experience with Leo strongly represented in their charts. Alison reviews UranU.S.A by Nick Dagan Best.

Alison reviews UranU.S.A by Nick Dagan Best. In 2013 I invited Nick to come from his home in Montreal and speak for the astrological community here in Vancouver. He presented a very interesting talk about the research that went into this book. This is a very different book as it is a graphic book with rich images on every full page. This book is about the planet Uranus and specifically it’s recent ingresses into Gemini and this particular relationship with the birth chart of the USA. It is rich with history and contains many charts explaining the events which unfolded during the previous ingresses.

Legendary Leos: The Master and Mistress of Suspense 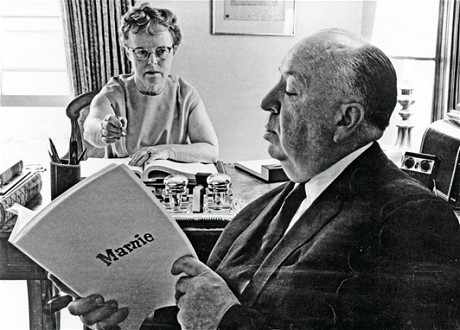 Legendary Film Director Alfred Hitchcock was born August 13, 1899 in a Northeast suburb of London called Leytonstone. The next day, Alma Reville, the woman with whom he would collaborate for more than half a century was born in a Nottingham hospital three hours north of London by train. The two were married in 1926 and moved to California after the outbreak of WWII. They made movies and raised a daughter in the Hollywood hills, keeping their family life relatively isolated from their careers as Hollywood legends. By the time of his death in 1980, they had collaborated on 54 films, one for every year they were together. Since his death, he’s been voted the Greatest Director of all Time by Entertainment Weekly, and “Vertigo” (1960) went on to surpass “Citizen Kane” as BFI’s Greatest Movie of All Time (Hitch holds a record four spots on AMC’s Top Ten Films of All Time). He was nominated for Best Director five times but never won, although he was given the Irving Thalberg Lifetime Achievement Award. The credit for this incredible and influential body of work went almost entirely to him, largely because, unlike her husband who famously inserted himself in at least one scene of every film he made, Alma was inclined to avoid the spotlight. Despite this, the nature of their partnership was well known to industry insiders, and in 1979, one year before his death and three years before hers, Alfred Hitchcock accepted the American Film Institute’s Lifetime Achievement Award with these words:

“I ask permission to mention by name only four people who have given me the most affection, appreciation and encouragement, and constant collaboration. The first of the four is a film editor. The second is a scriptwriter. The third is the mother of my daughter, Pat, and the fourth is as fine a cook as ever performed miracles in a domestic kitchen. And their names are Alma Reville. Had the beautiful Miss Reville not accepted a lifetime contract, without options, as ‘Mrs. Alfred Hitchcock’ some 53 years ago, Mr. Alfred Hitchcock might be in this room tonight — not at this table, but as one of the slower waiters on the floor. I share my award, as I have my life, with her.”

Alfred and Alma were born within 24 hours of each other, so their charts have the same overall flavor. They were born during a generational conjunction of Neptune and Pluto in the inquisitive, intellectual sign of Gemini and their films immortalized the era’s fascination with psychology, secrets and lies, misinformation, identity, duality, and of course, the power and destructive potential of information. During the second world war, the Hitchcocks used their considerable skills in service of the war effort, making films like “Lifeboat” and “Foreign Correspondent” (the final scene of which still has the power to trigger one’s patriotic emotions!). Their films pioneered the “thriller” genre, a visually striking style of psychological drama utilizing the most innovative film techniques to draw audiences with an increasing appetite for novelty.

Both Alfred and Alma have Sun-Venus conjunctions in Leo, which describes of their ability to create enduring images that audiences continue to find irresistible some fifty or sixty years later. Both also had Mercury in Virgo square Uranus, tempering the ostentation of their Leo suns with a cool perfectionism and efficiency that resonated with audiences of the late 50s and 60s, a time when Pluto was in Virgo and Neptune was in Scorpio. The Mercury-Uranus square indicates the power to shock and unsettle audiences, as in the infamous shower scene (one hardly needs to qualify this with “in Psycho”), or the scene in “The Birds” when, after a slow, tension-ratcheting build-up, chaos and destruction are finally unleashed on a small coastal town; or the eerie closing scene of the same film, when our protagonists’ car slowly recedes from view under a dark and menacing, bird-shrouded sky. (See movieclips.com for more). One of the few differences in their charts is Alfred’s exact Moon-Jupiter conjunction, most evident in his lifelong battle with obesity.

Alison mentions a film called “Burnt Offerings” during the podcast, which you can read about on IMDB.com and watch in full on YouTube.